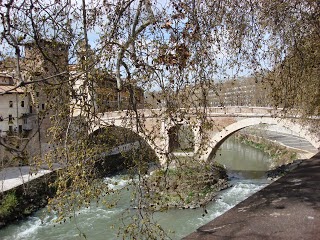 Upon arrival, head out the door of departure area, go up escalator on left to the train station. Buy a ticket on the Leonardo Express and head over to Roma Termini. Leave train station by the main entrance, to Via Vulturna, turn left on via Catalafimi to Papa Germano hostel. Stay the night and the next day return to Roma Termini,take train to Bari.........
Posted by annechung at 2:43 PM No comments: 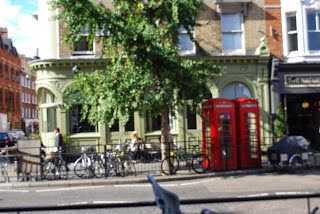 I was on Marylebone street, London a few years ago and toured some of their cute stores. We went into a Cath Kidston's store and took a lot of pictures before we got called out for not asking permission. I was told to erase the pictures, I said, ok but never did. I did buy a scarf from the store from the irate clerk. This was not the store but looking back, it was a lovely sunny day in London. London and England never disappoints.
Posted by annechung at 11:33 AM No comments: 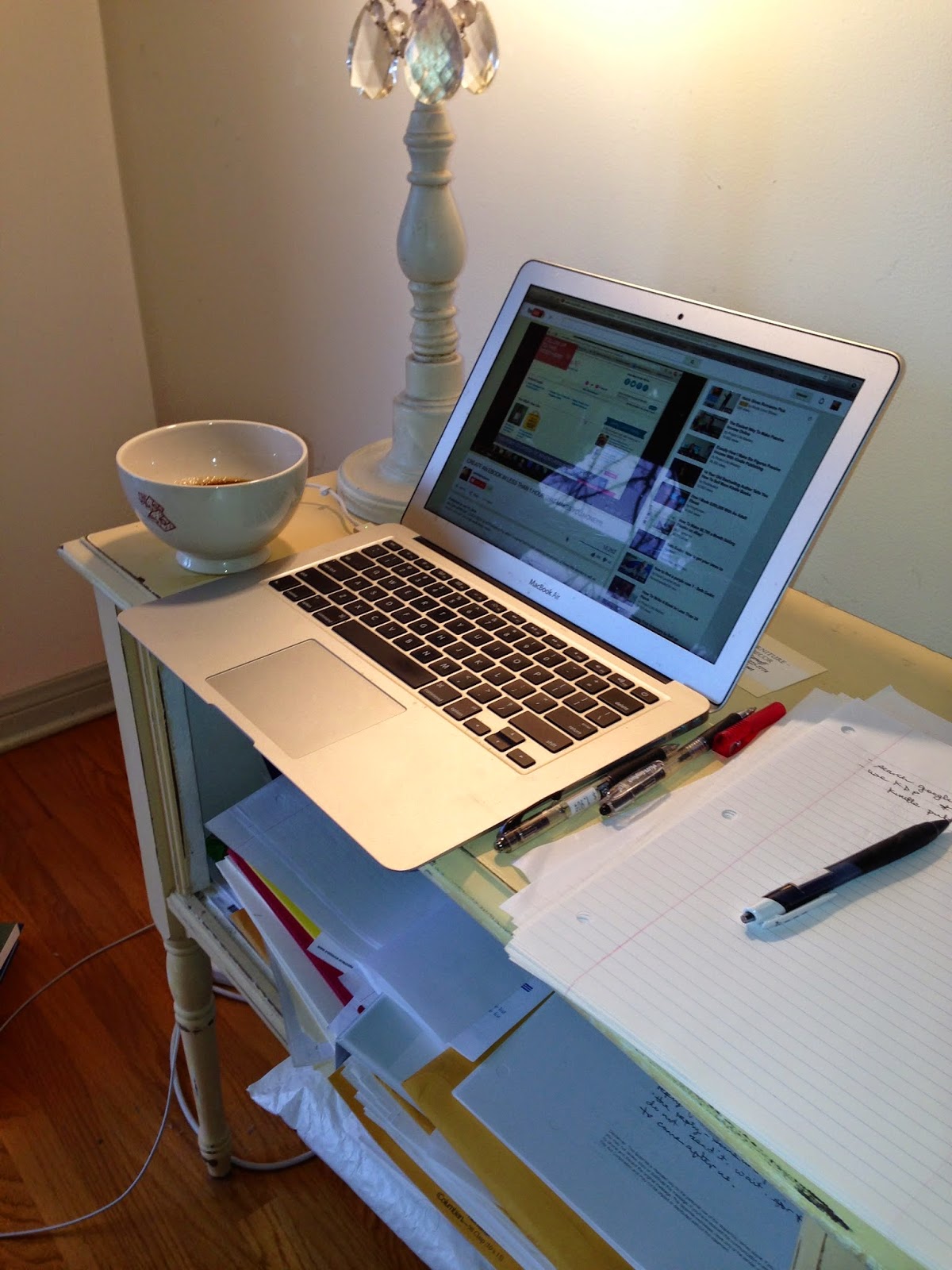 I'm leaving for Rome this weekend so I can bring home more stories to write about. It puts a new twist to 'bringing work home.' I think you're not supposed to do that but I'm into a different kind of work now.
Posted by annechung at 11:54 AM No comments: 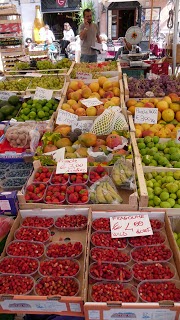 Only for the young? Not so. Baby Boomers can embark on their own Grand Tour. We are scared and apprehensive. I am too even though I have traveled so much. It is a little overwhelming, to be in a different part of the world, where the language is different, the food is different and we keep getting lost. The mind and body just refuses to undertake such a daring feat. It takes too much out of us. Why don't we just pick up the TV remote, put our feet up and watch others do it. But little do we know that the fun and thrill is on the other side of the television screen! If we don't put on our walking shoes and pack our belongings into a small tote, head out the door, for the airport, we'd be spared the expense. The money will still be in our bank account and not dispersed among the airlines, the pensions, the restaurants, the train companies and whoever else. Well, that's another way of looking at life. Sure we can live like that. In the end, the decision is ours to make. The Grand tour was a much later invention, late 18th C. The first visitors to Rome were the Barbarians whose main intent was to plunder and pillage. Then the pilgrims came since this was the seat of the Holy Roman Empire. Then the English people followed, the earliest guidebooks were written by Murray and by the 19thC, you are not educated unless you've been on the Grand tour of the major capitals of Western Europe. And people became enamored with ruins, the older the ruin, the better. They haven't stopped. Visitors continue to trample all over Rome. It's a wonder to see the numerous groups all over the major sites in Rome, following a leader holding up a flag or an umbrella. These days they have clipped on microphones. Besides the ruins, there are wonderful palaces which are now museums and hold some of the world's most beautiful art whether they be paintings, sculptures or furnishings. Rome is incredible. Rome has older history than Paris or London. Try some 'dolce far niente', the sweet doing of nothing! Drink some coffee and just watch life go by in front of you! Don't forget the famous Tiber river!
Posted by annechung at 11:05 AM No comments: 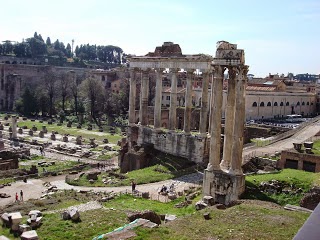 Oh, to be in Rome again and very soon. I can't wait.
Posted by annechung at 10:35 AM No comments: 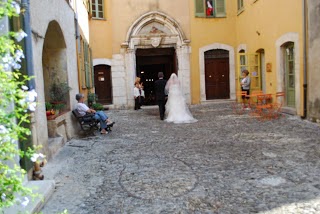 Once in a while in our travels we bump into weddings. We've bumped into weddings in Avignon and in Rothenburg, Germany and it is a lot of fun. Here we were enjoying the pretty pastel colored village of Biot when suddenly church bells rang for a wedding. Imagine walking in your heels on those cobbled stones, lovely!
Posted by annechung at 8:03 AM No comments: 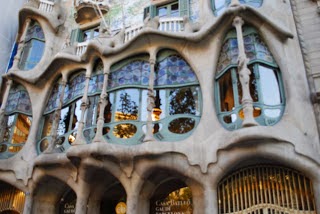 As I wrote this morning about Barcelona, I realized how I have forgotten how much fun this city was. I had forgotten how brilliant Gaudi was that there is still no one like him.
Posted by annechung at 5:15 PM No comments: 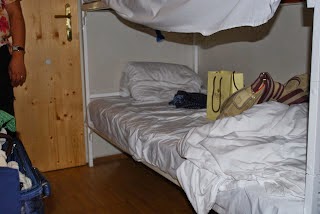 I love Youtube not so much for the entertaining aspects but more to learn stuff that people do to make money on the Internet. Some of them just wants to sell a program or a subscription but I just watch the free stuff. Its fun to learn what the top Kindle publishers are doing to make money. I learned a few things today. So maybe my next Kindle book is for the baby boomers of which I am one. 'How to still travel when your financial portfolio has taken a hit. I think many of us boomers are in this category and we probably think the times when we can still travel is over. Do not despair. We may not be able to stay in those 4 or 5 star hotels or eat fancy meals but we can still do hosteling. Its no shame for an older person to be in a hostel. I've met lots of them because I'm a hosteler myself. I have stayed in all kinds of accommodations and many are hostels. I can only say, stay fit because you might find yourself climbing up to the top bunk and I've done that many times even when I travel with younger people. For some reason they always stick me on the top bunk! This was a hostel in Vienna.

Posted by annechung at 6:27 PM No comments: 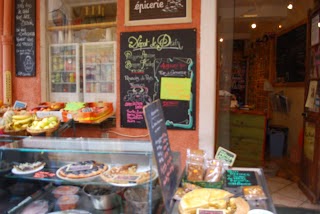 We're in the middle of winter and while it is so mild in Southern California, one still feel the winter blues and experiences cabin fever. I try to get out under the slightest pretense, get some milk, some toilet paper, some something just so I get to get out, walk to the nearest store. I can't help dreaming of the trips I will take as soon the weather warms up in Europe. Here I am dreaming of sunny South of France.
Posted by annechung at 1:09 PM No comments: 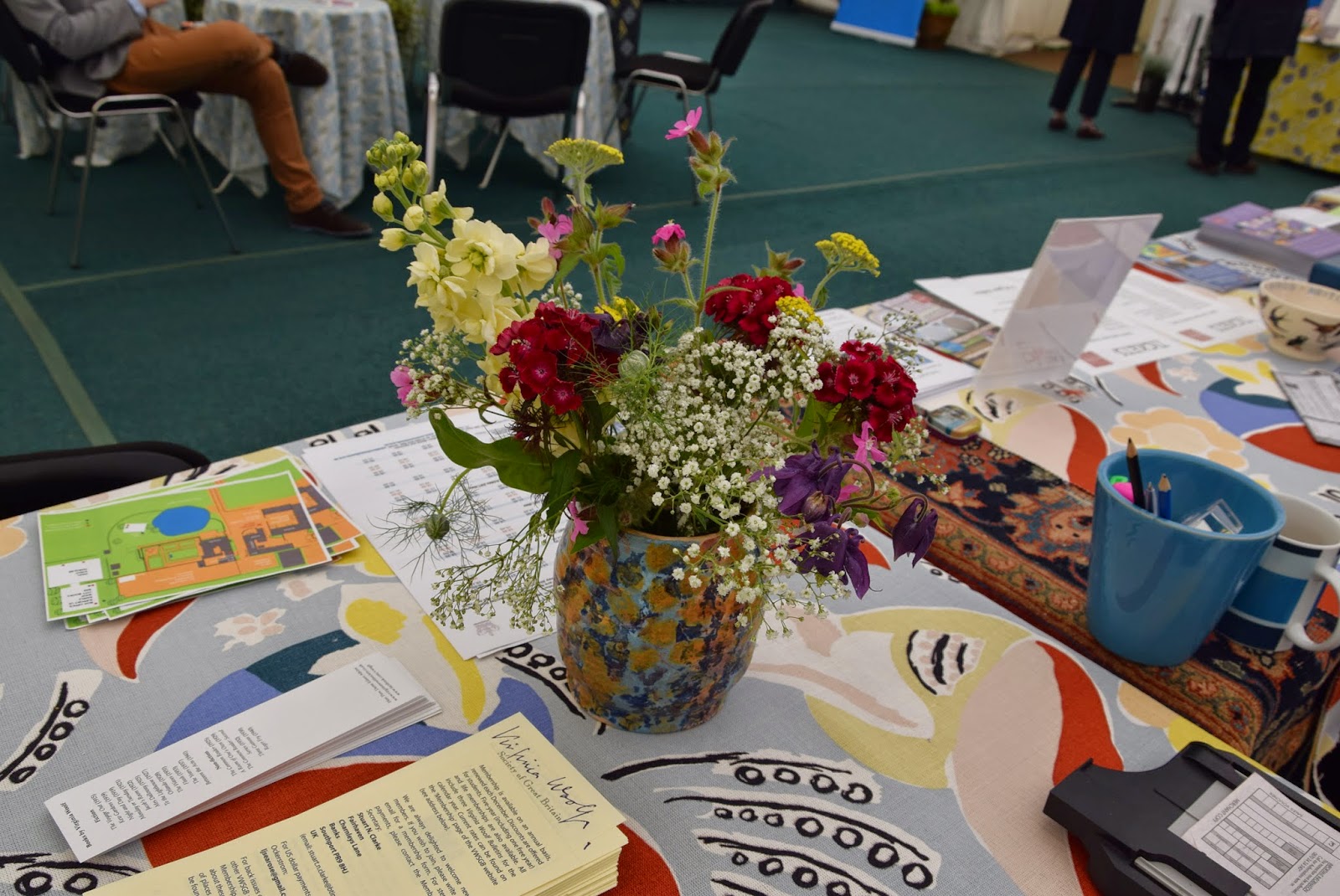 Keep a part of Bloomsbury in your house. Put a bouquet of meadow flowers in a jug or any chipped vessel, place on top of some old books and display it. Keep an altar for Bloomsbury in a corner of your house and your heart.
Posted by annechung at 7:18 AM No comments: 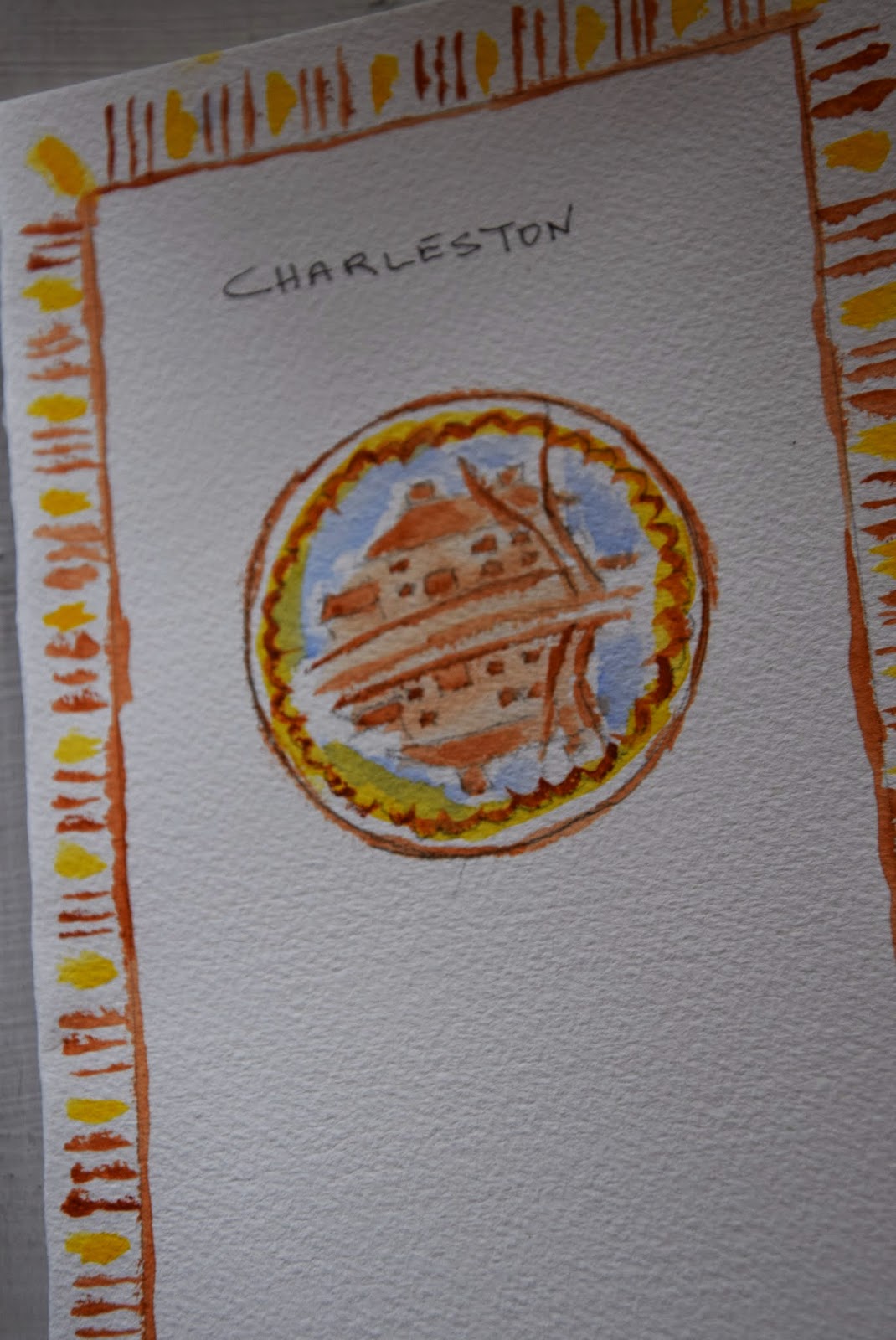 This was supposed to be the cover but for some reason, it did not load. I think Kindle doesn't like pictures that stands tall, it wants those that are just taken horizontally. So from now on all paintings and photos are to be taken just as they can uploaded on Kindle. I was able to add a photo in the ebook. Its very exciting, am working on a couple more ebooks, then I go to Italy and be back with more. Then I have to build up my author's page on Amazon, update my Link in page, print and distribute some business card, work on my website. This is work!
Posted by annechung at 8:39 AM No comments: 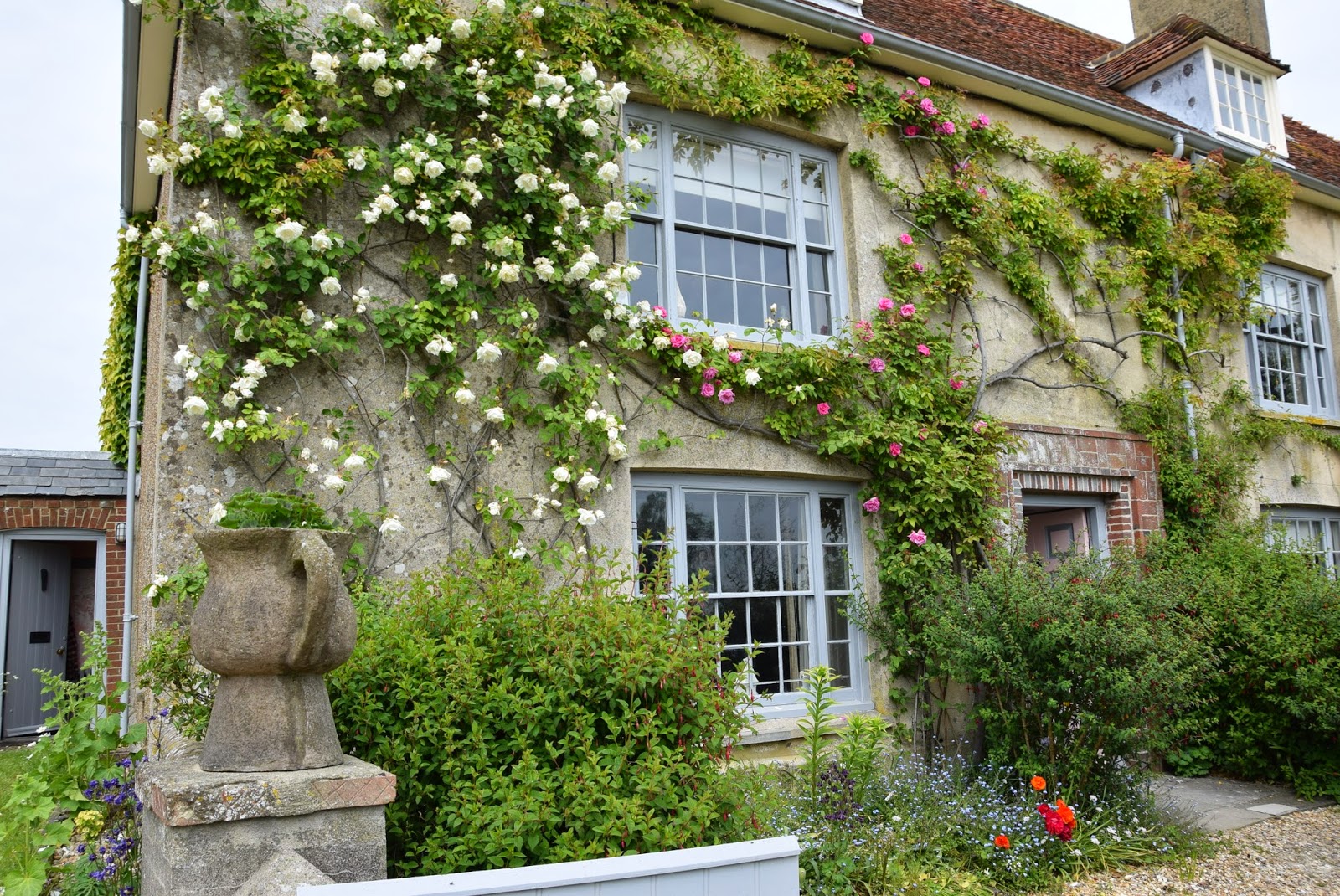 Next Kindle project by popular demand. So I'm going to be really busy. Writing is my job now since I lost my other job.
Posted by annechung at 6:00 PM No comments: 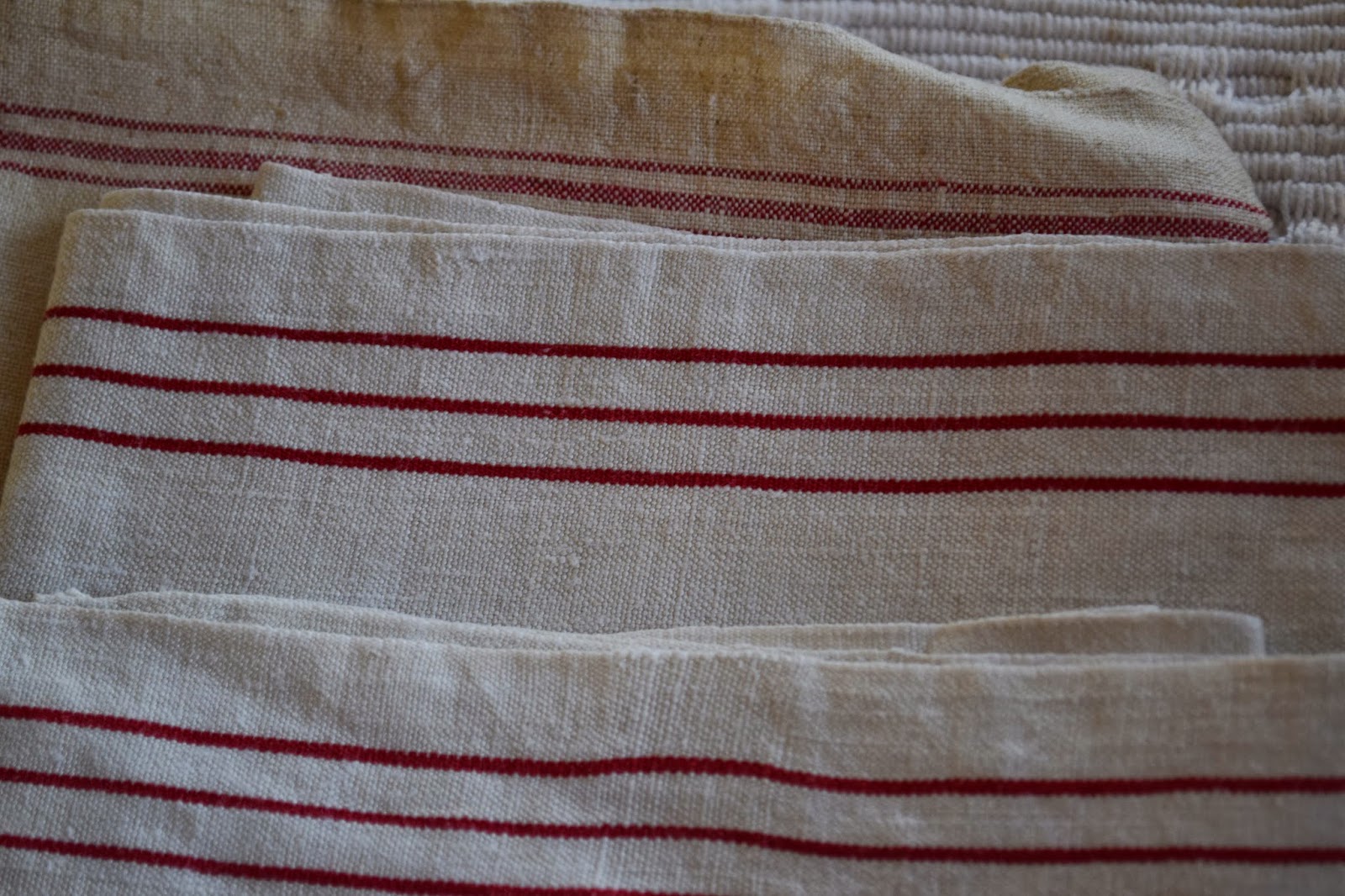 'The creative life, now" is now available on Kindle. This is not the cover. I forgot to create a cover and had to take out my camera to shoot a picture and use that as a cover. Its a steep learning curve and I'm still learning.
Posted by annechung at 8:37 AM No comments:

Home for a while 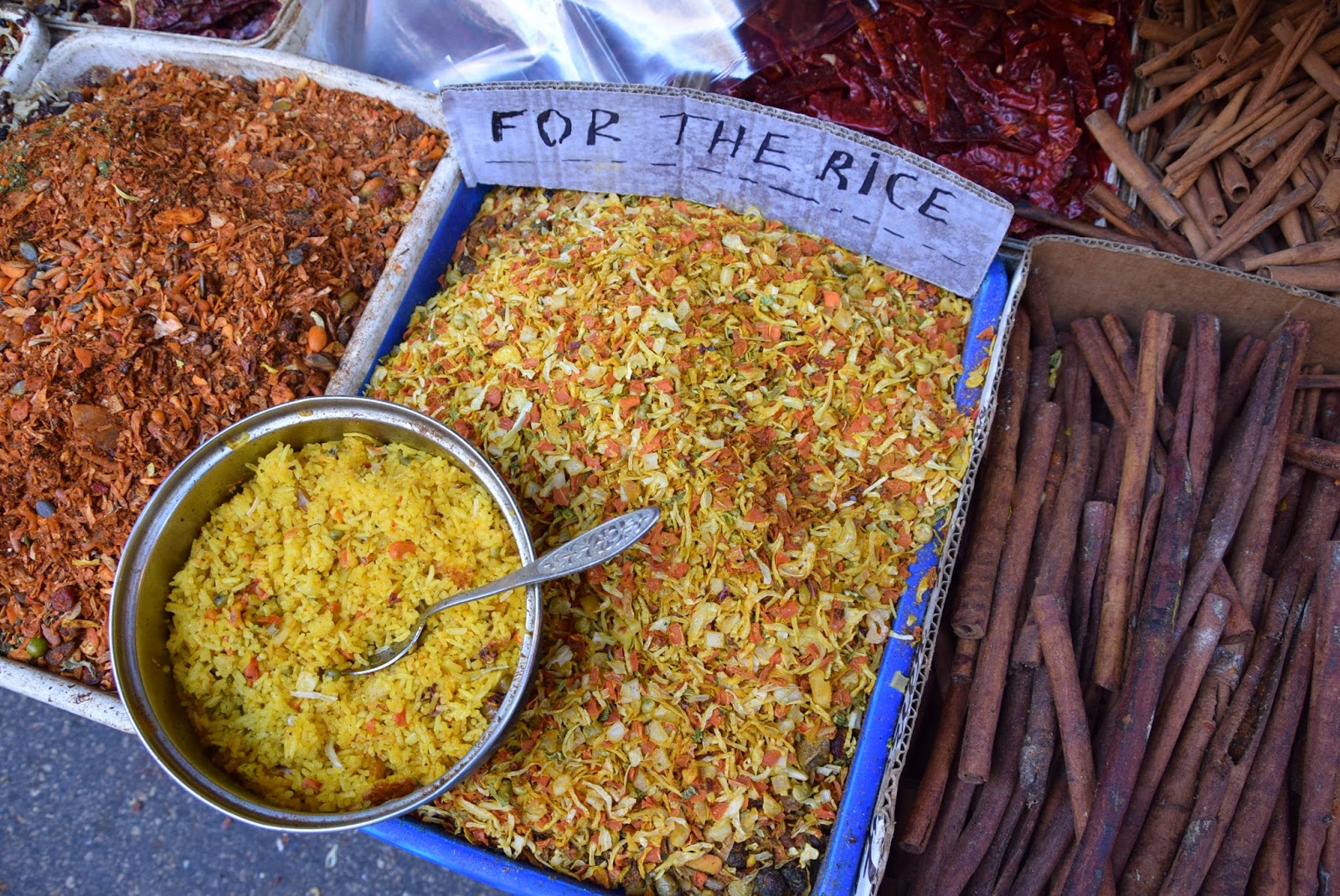 I'm leaving for Matera, Italy in a few weeks. 2014 was my break out year. I have been writing a lot lately for my Kindle library. I have four books published by Kindle already and am waiting to hear from them regarding my fifth which I submitted this afternoon. Its turning out to be a great year, lots of ideas flowing in my head.
Posted by annechung at 5:36 PM 1 comment: 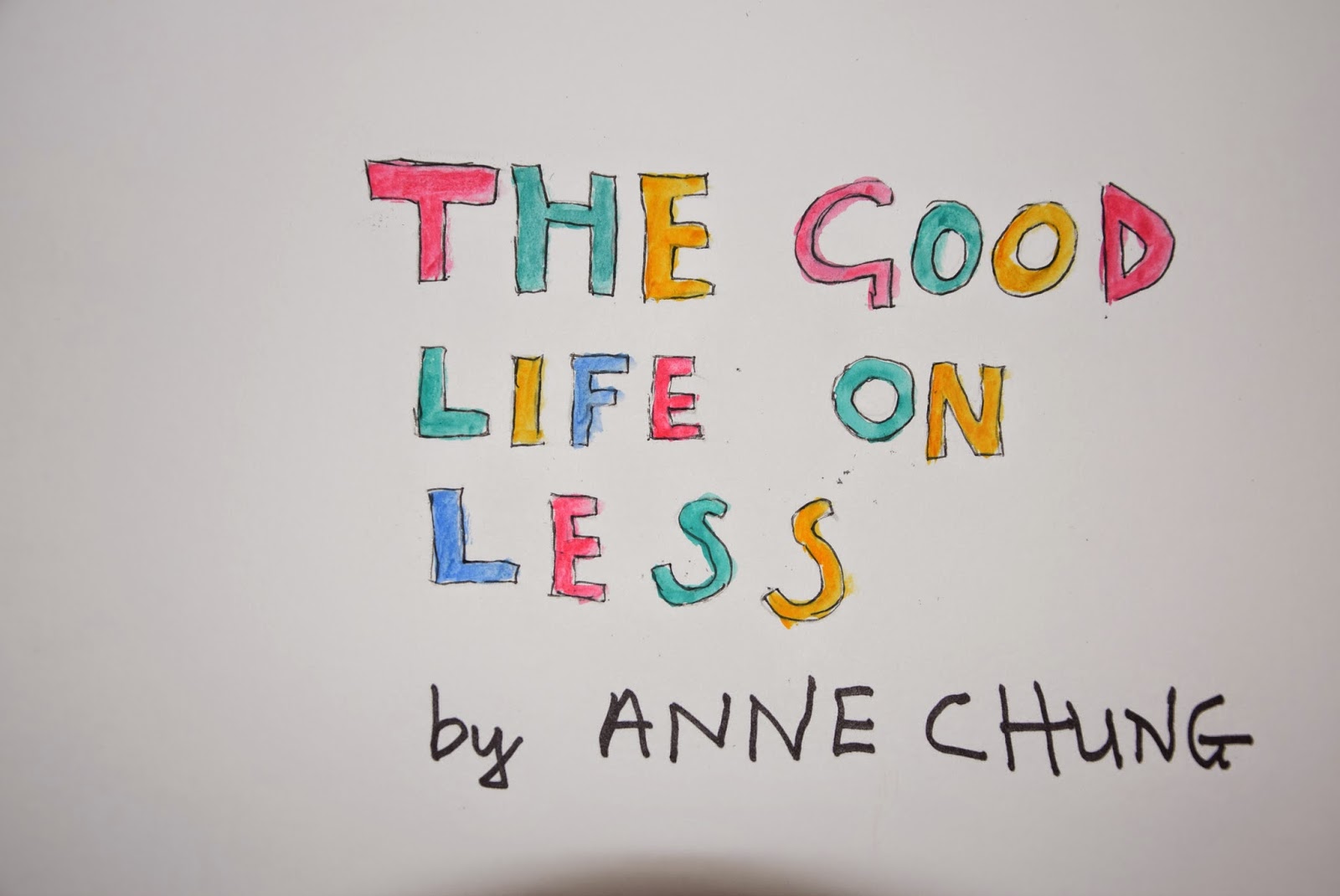 That was the ping on my phone that I was waiting for. My fourth Kindle has just been published. For $2.99 less than the cost of a sandwich, you'll get all the tools you need to fine tune your personal finances. All are tried and tested by me. I live it all these years from making a lot of money to making none at the moment. I'm living the good life and on very much less.

Posted by annechung at 3:55 PM No comments: 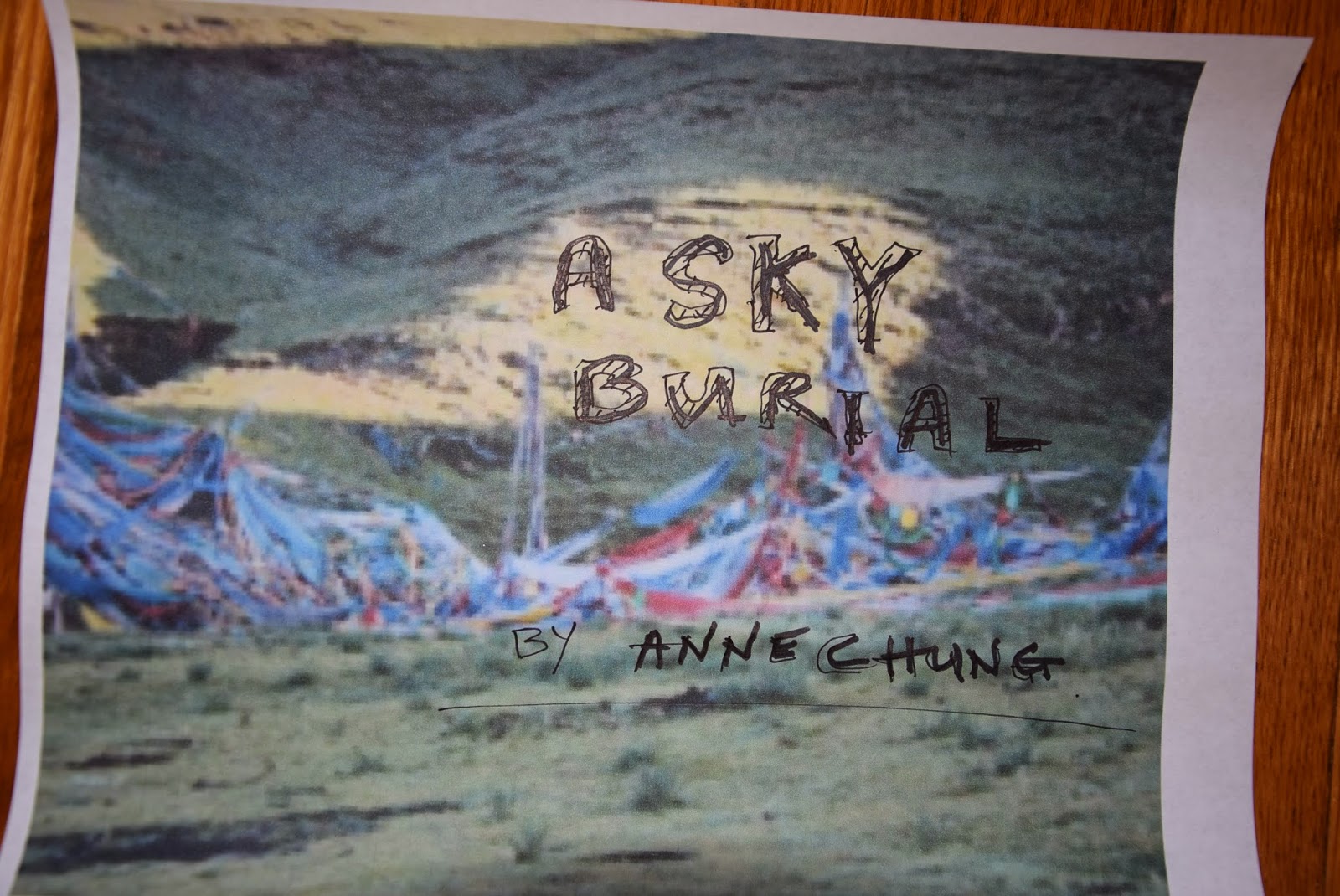 My third book on Kindle is now available. Please go to Amazon and buy with I-click. I'm working on more right now since it has become my full time job. My website is still under construction, annechung.com but hopefully later this year it will be fully operational.

Posted by annechung at 8:37 AM No comments: 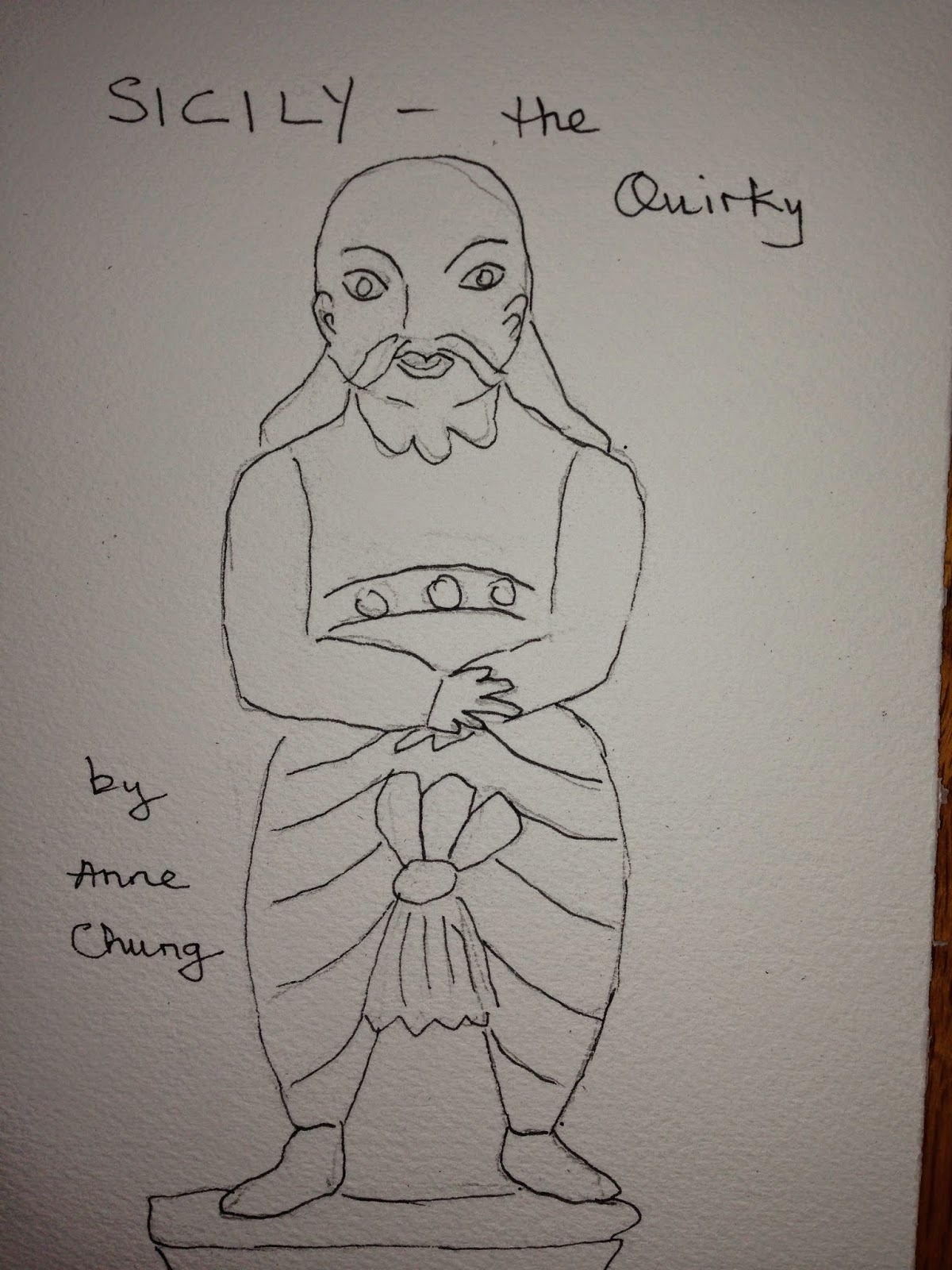 My second book is on available on Amazon Kindle. Buy with i-click from Amazon wherever you are and it will be delivered to your mobile device.
Posted by annechung at 6:51 AM No comments: