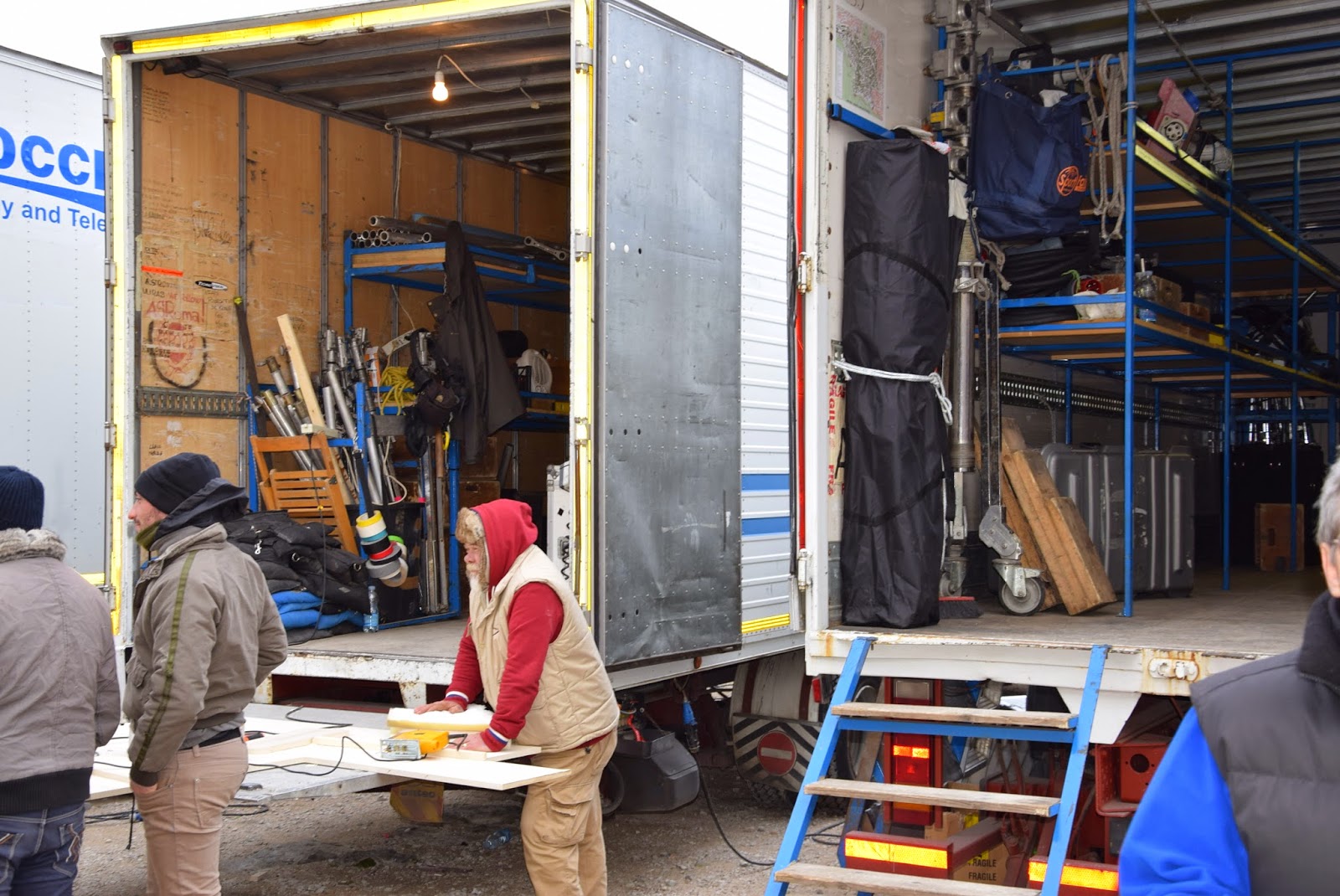 It was wet and cold the afternoon of February 4th when we arrived in Matera only to find the place transformed into 'Jerusalem'. Filming on the remake of Ben Hur has started the day before. Most of the Sassi areas were blocked off because of filming. 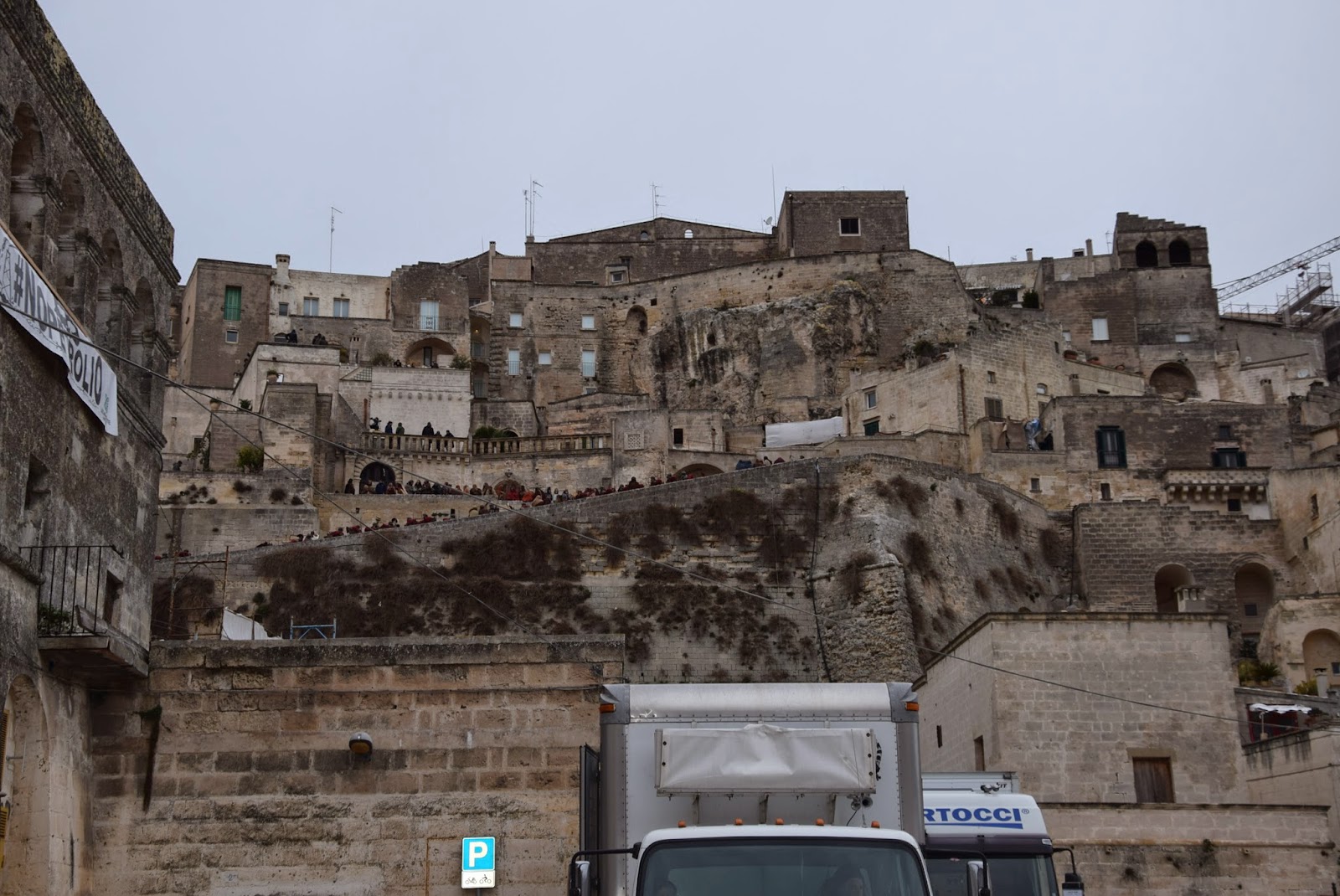 It was also in Matera in 2004 where Mel Gibson shot his acclaimed movie, 'the passion of the Christ.' But it seems that a lot of film studios from all the world shots movies in Matera so much so that this place has become known as Sassiwood! 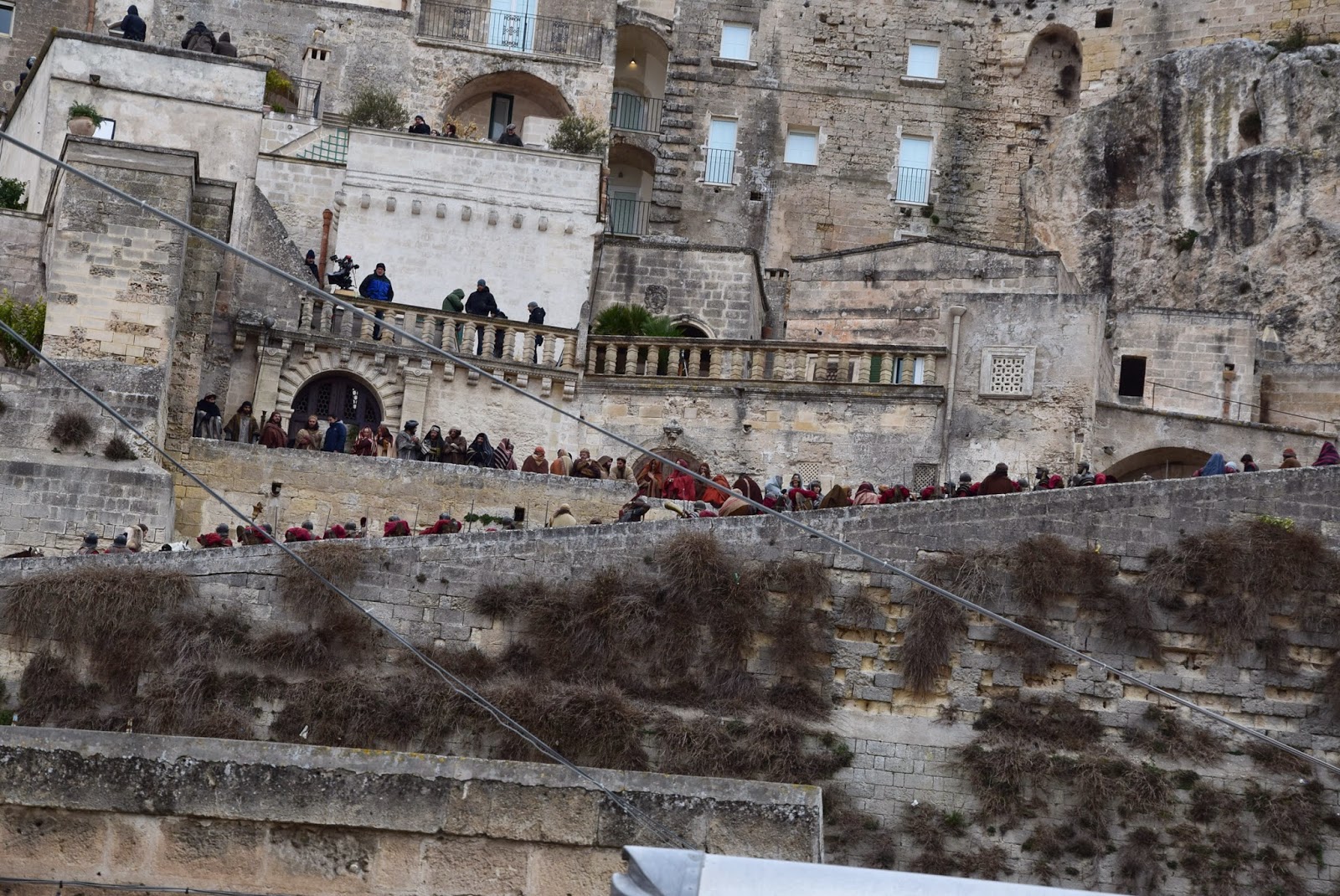 There were peasants, Roman soldiers, dogs and horses up that hill. The next morning before the day's shooting I went up and got to touch one of the horses. He was the gentlest creature I've ever touched. 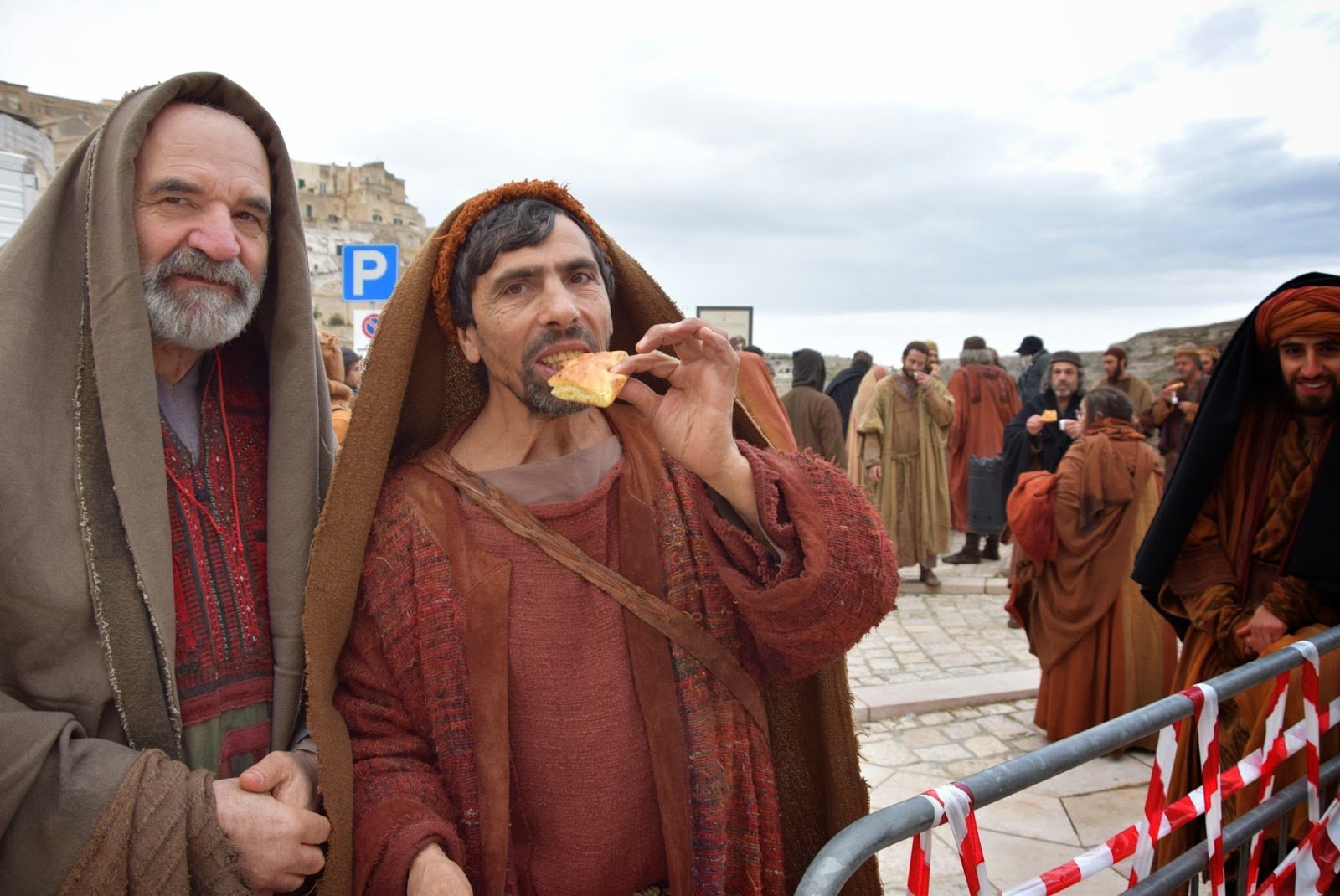 Here the cast were taking a pizza break. THey start at 8 in the morning and doesn't stop till 5 in the afternoon, all they do is hang around as 'crowds.' They were a very friendly lot. THey must love cameras because they posed for me. 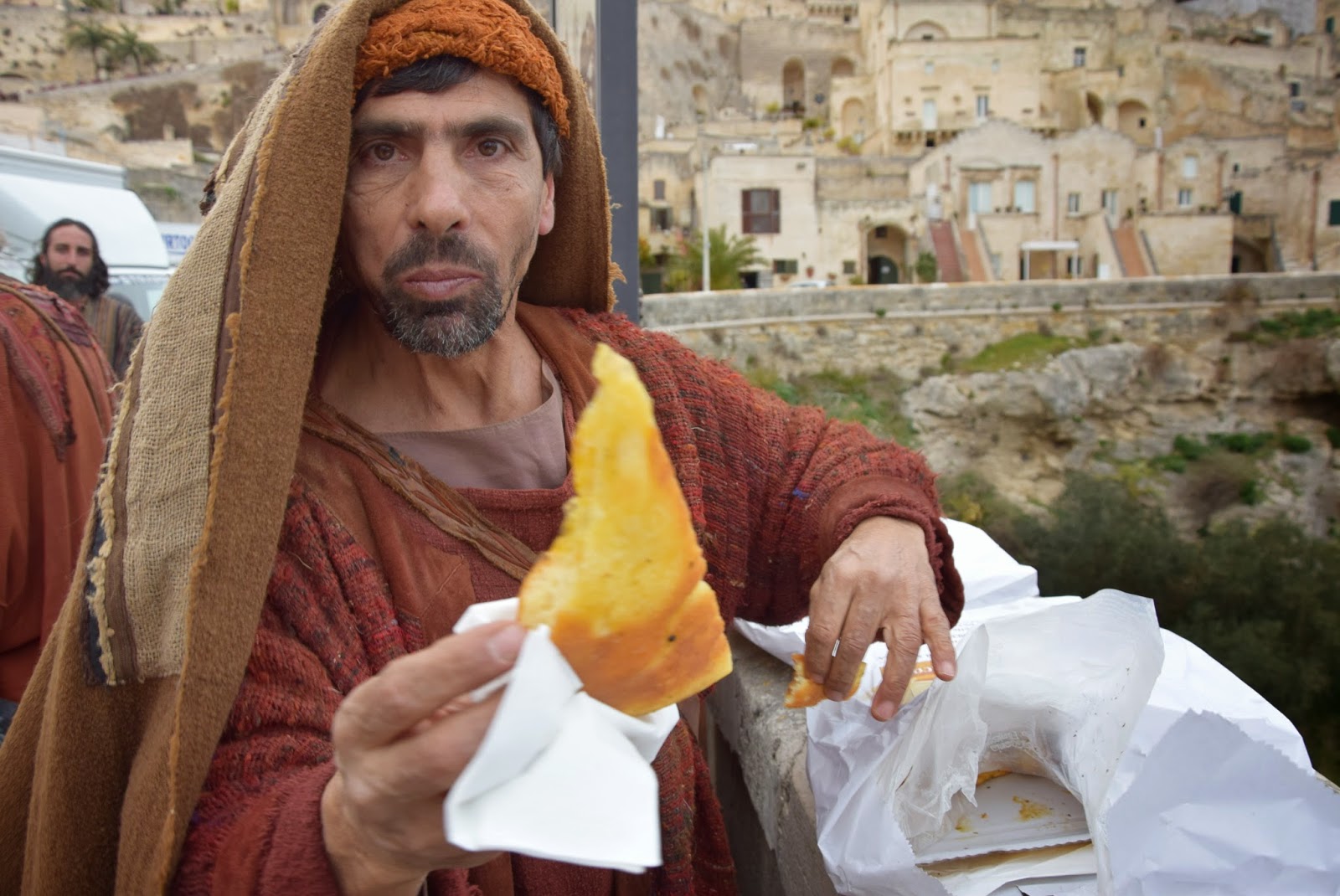 This guy even offered me a piece of pizza which I took and ate. It was pretty good. This was the bonus that was thrown into our trip. Our hotel was at the base of the set.
Posted by annechung at 1:15 AM