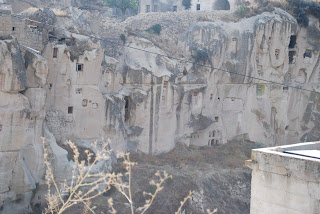 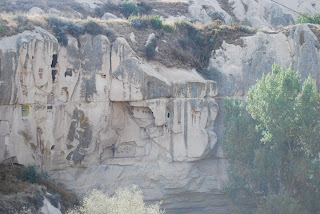 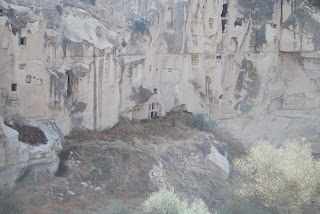 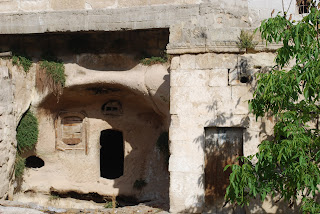 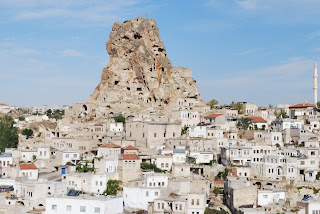 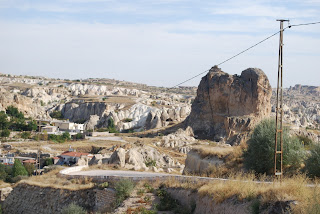 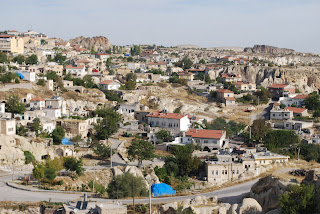 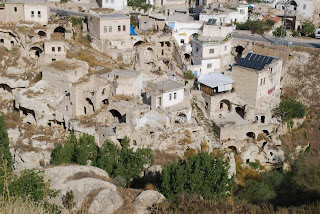 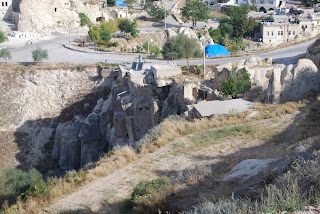 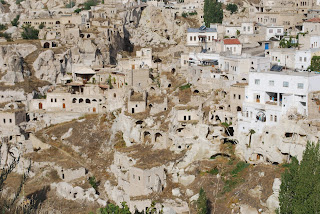 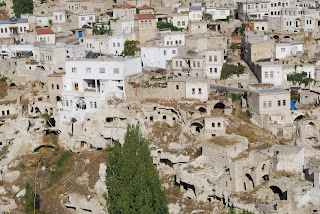 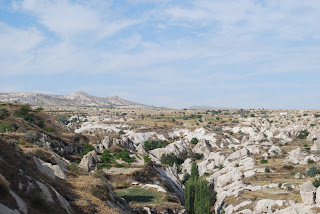 Cave dwellings are not a strange phenomenon. People all over the world have lived and some still lives in caves. In China, in France, even till today, people can still be found to live in caves, even in Sicily. Looking at these pictures, memories of a trip a few years ago to Matera in Southern Italy, comes back into focus. Matera is small compared to Cappadocia. I have 1500 pictures taken in Cappadocia but they are not catalogued and I'm hard pressed to remember where anything is. I think this is Ortahisar and its environs. We had a guide and he rented an old car from one of his Turkish friends. Some Turkish people owns cars but don't have the money to pay for gas. This was one of those incidents. It was an old Fiat but made in Turkey. The guide books warns against renting cars like these. My guide likes it, they are built like a tank and can withstand all kinds of abuse. Indeed we would ride this car hard..... pictures in later posts will show it. Well, this jalopy would serve us well for 3 whole days. We would have trouble with the car on one of the days but the kids working at a gas station knew what to do. That's the other beauty of these old Turkish Fiat, the locals know how to fix them. They wouldn't know what to do with the modern rental cars that require electronic diagnostic equipment to figure things out. Hiring Bernd, our guide, proved invaluable. We're still in touch. I'm planning an expedition to Eastern Turkey next year and I'm hiring Bernd to come with us. He speaks Turkish and should be able to get us into places that I as a woman in a Muslim country is afraid to venture to.
Posted by annechung at 6:00 AM