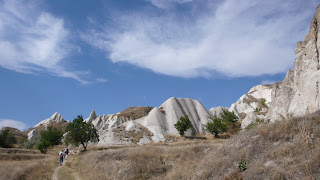 Not them, we know who they are, that's us traispsing through the Cappadocian countryside peering into a time long past, at a people long disappeared and wondering who were these people. Who were they who left all these monuments for us, for posterity? 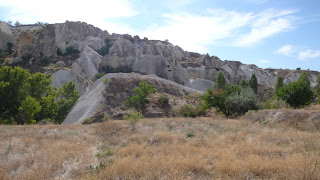 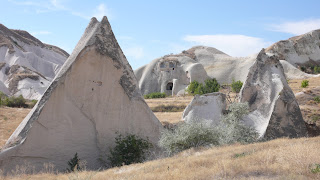 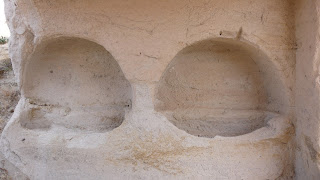 Empty graves, presumably victims of grave robbers. Imagine, like Egyptologists who first opened the tomb of Tutankhamen and seeing things as they were a few thousand years ago. Very few of us will be this lucky in this life but no matter we can visit these places many decades later and be enthralled. 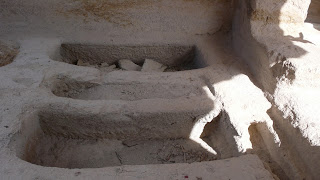 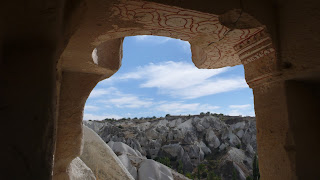 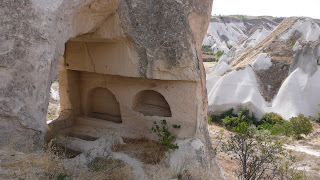 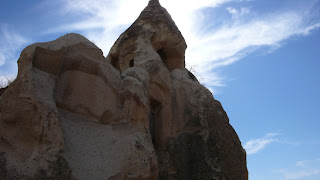 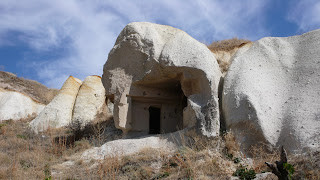 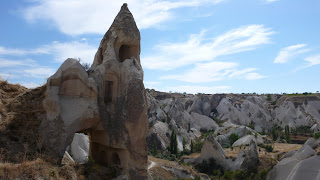 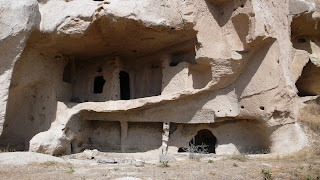 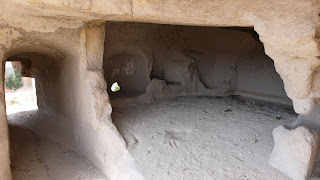 They lived in these rooms... 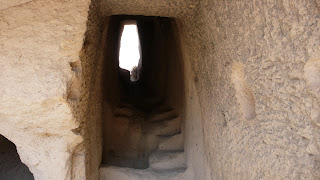 There were interior staircases that connected the different levels, how very ingenious. 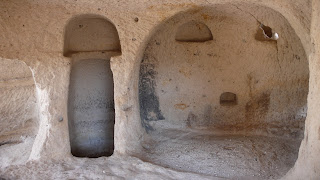 There were niches in the walls that act as shelving. 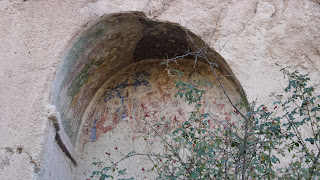 Even as the wild rose briar become overgrown, the beauty of the place is still evident. Many historians today has conjectured that these were 'fringe' or 'heretical' groups of Christians. They were only 'heretical' where the official Orthodox church is concerned. From the 4th century on, Emperor Constantine would declare Christianity to be the state religion. From that point on, the church hierarchy becomes more complicated and becomes cozy with the state. There were practices that were antitthecal to the teachings of the Apostolic church, Apostolic meaning the model of the 1st century church, the church at the time of the Apostles. There were the worship of religious relics, the praying to Mary and other saints, none of which were in the model of the Apostolic church. There were breakaway groups throughout the Empire, simply following Christ's words, 'when 2 or 3 are gathered in my name, there am I in the midst.' These groups began to gather to recreate the model set forth by the 1st C church. Possibly this happened a lot in Cappadocia, where they would hollow out the cones to build churches, when it got crowded, more churches would be hollowed out, thus expanding the number of churches. That could explain why there were so many rock-cut churches in Cappadocia. Some postulation were that these were the 'Paulicians of Armenia.' The Armenians were active in the South and South Eastern regions of Asia Minor. A look at their theology revealed that they were Christians in the true sense of the word. The official church deemed any group who do not follow their dogma to be 'heretics' or 'fringe.' It was all very well to label them as 'heretics' but it didn't stop there. Pretty soon the official church began to persecute these 'fringe' groups. That is probably one of the reasons that these churches were 'hidden.'
Posted by annechung at 6:00 AM