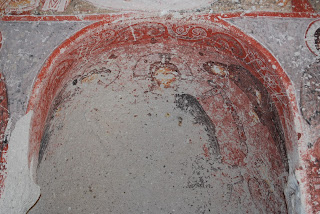 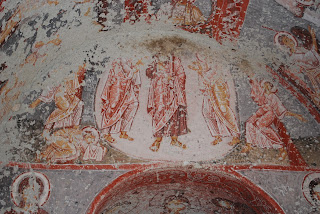 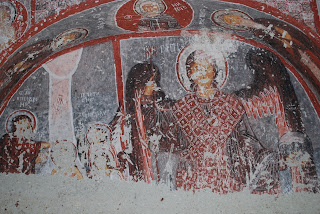 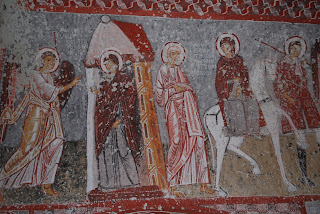 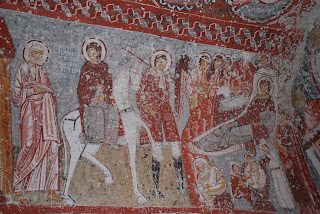 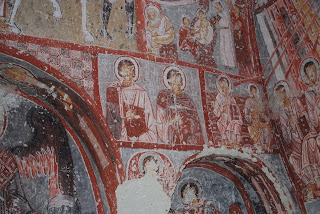 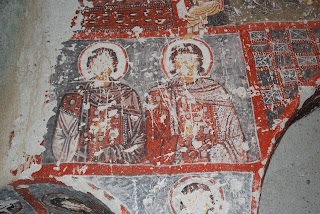 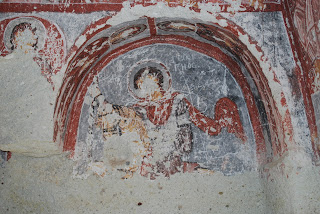 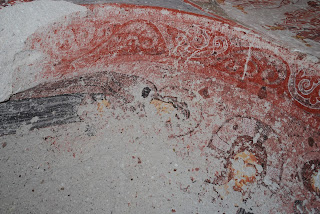 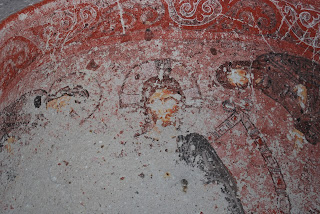 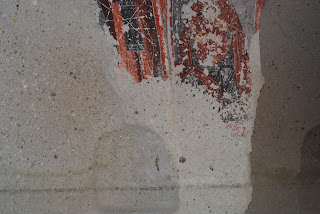 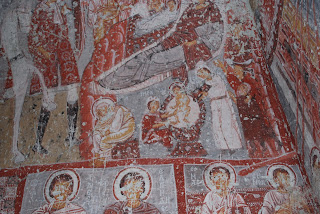 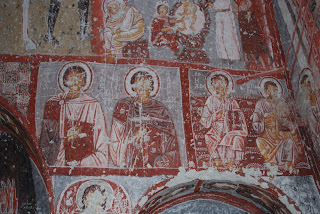 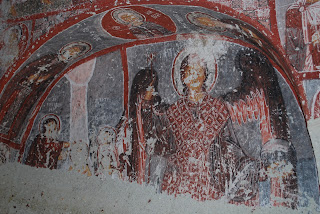 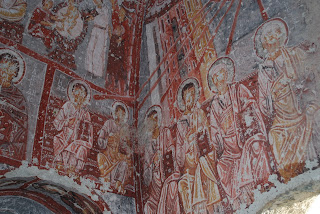 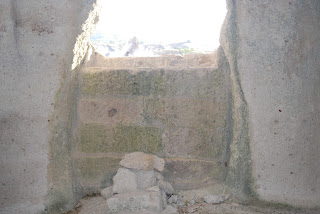 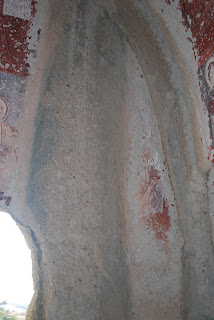 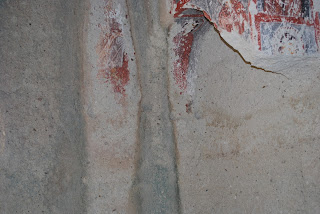 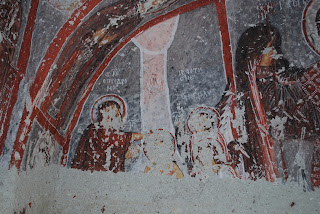 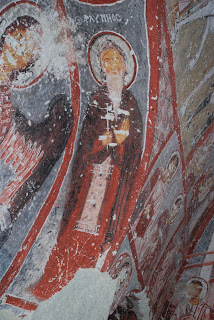 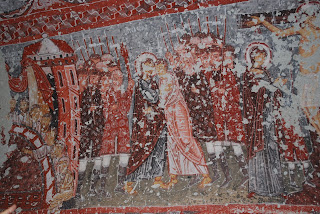 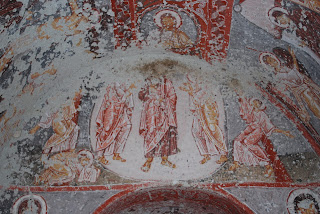 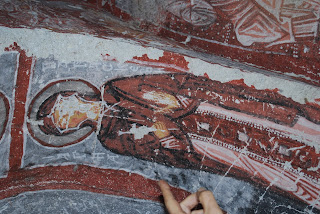 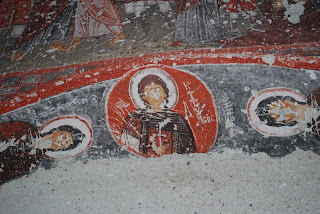 The rock-cut churches are supposed to be the jurisdiction of UNESCO. For some reason some locals (yokels) got the UNESCO authorities to allow them to use this rock-cut church as a water cistern. They walled it up and had water collect in the cave to stored. There were beautiful frescoes in this church but have disappeared due to water damage, at least the lower portion. The washed out frescoes showed the level of the water. For another good reason the water was drained and the remainder of the frescoes are allowed to be seen again. It is very heartbreaking to see natural weather damage but to experience first hand, the disappearance of the frescoes at the hands of modern people is unforgivable. Byzantine art and architecture is a less popular art form and is dwarfed by ancient Roman art and architecture and ancient Greek of the same. The world would have lost a lot if these rock-cut churches with their frescoes are gone.
Posted by annechung at 6:00 AM