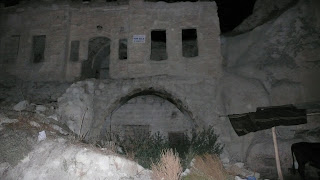 After dinner of the day we first set foot in Goreme, we walked around town in the light of a full moon. It would be romantic except this was a business meeting. We walked quietly to this storage cave of a local family to see the hidden church in it. It was so exciting. Bernd said, 'who knows how many other homes are hiding a church.' 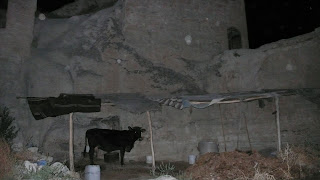 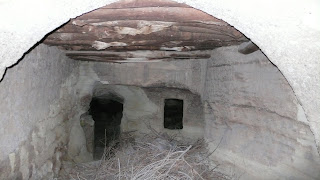 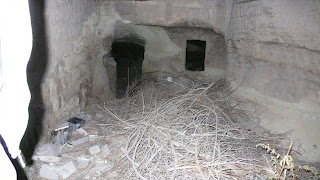 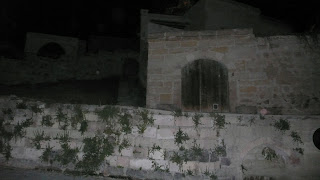 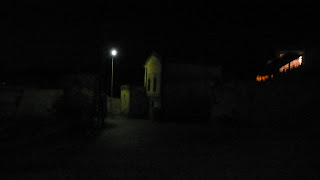 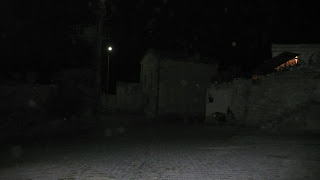 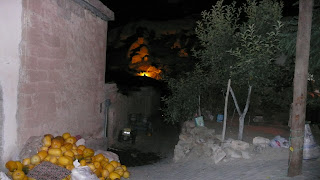 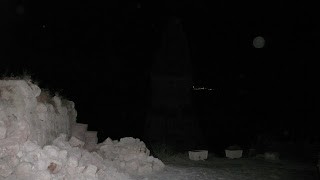 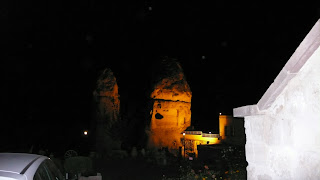 Then we walked a little outside of the village and up the hill to another 'cave basilica.' We can see the outline of the cones. It was so fascinating. 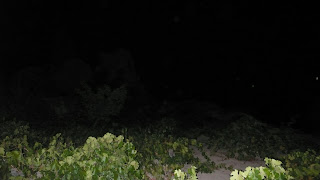 We walked among the grape vines which are not staked but allowed to crawl on the ground. It was harvest time, the grapes were getting ripe. They don't make wine being Muslims, they don't drink alcohol. The grape juice is boiled down to make a grape paste called 'pekmez.' There was a family doing just that when we passed them on our way up the hill. 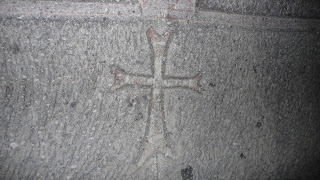 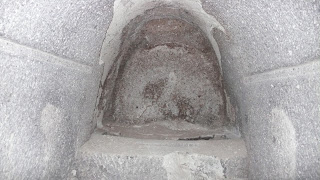 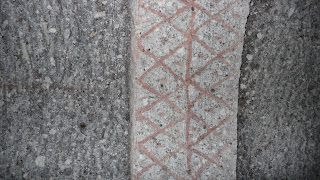 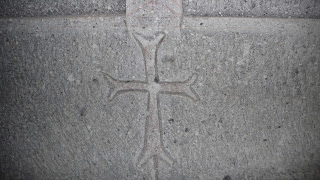 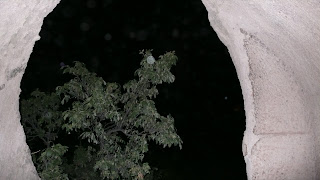 There is this abandoned 'cave basilica.' that supposedly is one of the oldest and a prototype for the other cave churches. How do we know? 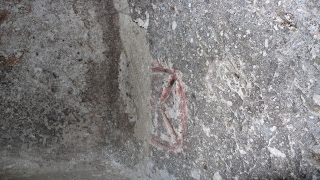 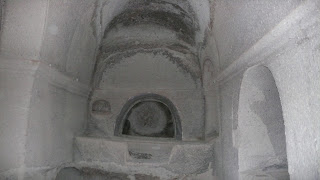 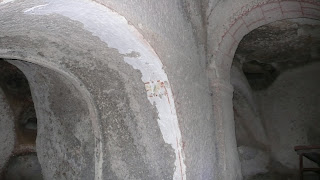 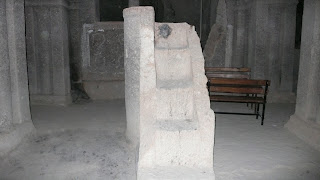 The 'ambo' is in the center of the 'nave'. Supposedly this was one of the earliest cave church, the room was probably used as a meeting place for the community, someone who has something to say would go up the ambo, say his piece and walked down the other side. It could also be used for religious services. As the church liturgy developed, the architectural design would accommodate the new liturgy, there would be niches in the walls for religious icons and the sacraments, the nave would be cleared, the ambo would go to the side, there would be a greater separation of the ecclesiastical order and the common congregants. The ambo now becomes the pulpit. 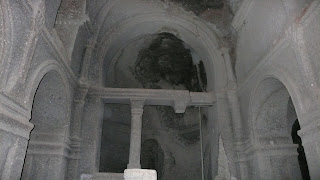 One of the columns did not survive the test of time. Looking at this one would think this is a free standing basilica but no.... it's been carved into the rock. There's no room for mistakes, mistakes cannot be corrected but these are very experienced carver/architects. Where did they learn their craft, they could have been itinerant carver/architects from Constantinople. 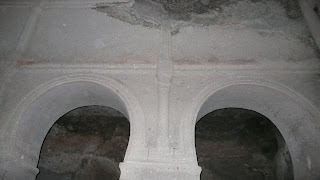 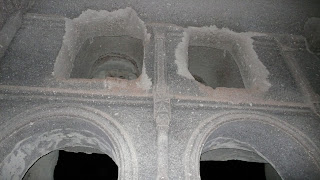 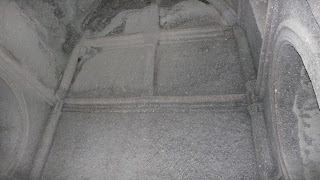 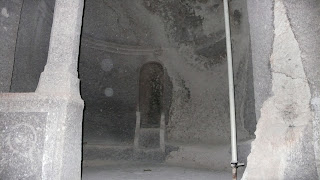 This is still being used, every now and then busloads of Russian Orthodox visitors would come and say a service here and then leave to go to the carpet stores. 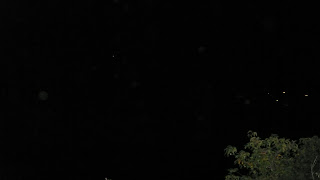 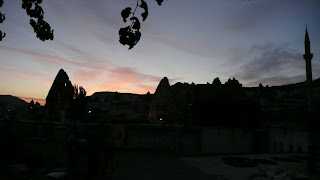 This was such an exciting trip for us, we couldn't wait for the next day when we will really explore. Then we left and walked out into the night back to our hotel....
Posted by annechung at 6:00 AM